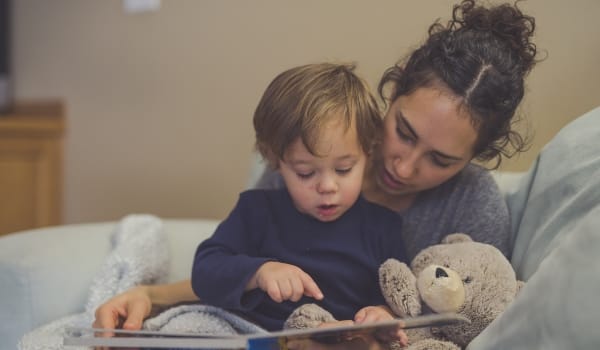 The best way for children to excel at English is to be good at their own native language. The message from academic research is that, at home, smart parents should stick with the language they know best. Speak that with your children – even if you can’t read it with them. English will take care of itself in time – and be better as a result.

It’s a simple principle, but one that has been much disputed amid the mythologies surrounding multilingualism. Many people continue to believe – contrary to overwhelming evidence – that speaking to children in their native language confuses them and slows them down in learning dominant public languages such as English. As a result, many parents coming to the US and the UK from other countries inadvertently and tragically rob their children of vital language-learning skills. They make the mistake of focusing on English and silencing or downgrading their mother tongue at home.

If you downgrade your heritage language, you deprive a child of access to a whole lot of enriching experiences… that can also affect their reading ability and access to the school curriculum.

I’ve seen the results. In a facility that provides child care to at-risk infants and children, there is a new three-year-old girl whom aides refer to as the “Shut-up Girl.” Her single mother speaks Spanish and is an undocumented immigrant. The little girl, however, knows little Spanish so far as her caregiver (a native Spanish-speaker) can tell. Whenever anyone addresses her in any language, all the little girl does is yell, “Shut up!” Evidently, that is one phrase her mother knows in English and has taught her daughter.

If you downgrade your heritage language in this way, you deprive children of access to a whole lot of enriching experiences. They do not get the benefit of you speaking in your most proficient language. As a result, they miss out on your capacity to engage with them at your best, using enriched communication, full of vocabulary, syntactical and grammatical complexity as well as lengthy, complex stories. All of these factors are linked to developing their long-run capacity to learn other languages – including the dominant language – proficiently. These losses can also affect their reading ability and therefore, ultimately, their access to the school curriculum.

We now know that oral language difficulties are the root of many reading problems. Two-year-olds are unable to tell a narrative. Some parents talk with these children, asking them about who they played with, whether they went out in the snow. These are the children, typically, who, by the ages of four or five, can give a long narrative. And that early capacity predicts success in reading and comprehension tests a few years later. So it’s wise to be speaking to young children in your best language.

Sharing these insights is vital, given that many parents may feel their own language is less prestigious than English. They don’t realize that it is a wonderful gift, a great tool that they have brought with them. Some fear that using it could block their children’s opportunities, whereas, in fact, proficiency in their native language enhances children’s life chances via their improved capacity to learn other languages and to connect properly with extended family and community. There are parallels here with sport – the sprinters who become bobsled champions – and with music. A violinist’s capacity to learn the piano is enhanced, not hampered, by them playing their first instrument well.

Appreciating the value of the spoken native language is particularly important for parents who lack literacy skills. I remember a Portuguese mother, who was not very literate even in her own language. Her daughter came home saying that her teacher said it was important to read books at home. But every time they went to a read book, they would end up screaming at each other. I said to this mother: “Just talk with your child in Portuguese and things will go better.”

Parents can find it difficult for lots of reasons to support early reading in their native language. Take Cambodians, for example – the Khmer Rouge destroyed reading material and killed many of the people who could read. So many parents cannot read and don’t have access to books. For them, the best advice is to speak to their children in Khmer. In short, telling parents to read with children is not nearly as important as telling them to talk about whatever is of interest to the children. If the children are interested in trucks, talk about trucks. If they aren’t, don’t talk about trucks. Just talk about what matters to them.

Language deficiency can be a source of great social disadvantage, but proficiency can be a route to enhanced life chances. We need to make sure that parents, desperate to give their children opportunities in a new and sometimes hostile country, do not inadvertently make life more difficult for them.

A version of this post was on childandfamilyblog.com and is republished here with permission from the author.

Talk to you soon.

If you believe in the work we are doing here at The Good Men Project and want to join our calls on a regular basis, please join us as a Premium Member, today.

All Premium Members get to view The Good Men Project with NO ADS.

Need more info? A complete list of benefits is here.

The post Silencing the Mother Tongue Makes It Harder for Bilingual Children to Learn English appeared first on The Good Men Project.