How to Deal with Structural Difficulties when Learning French 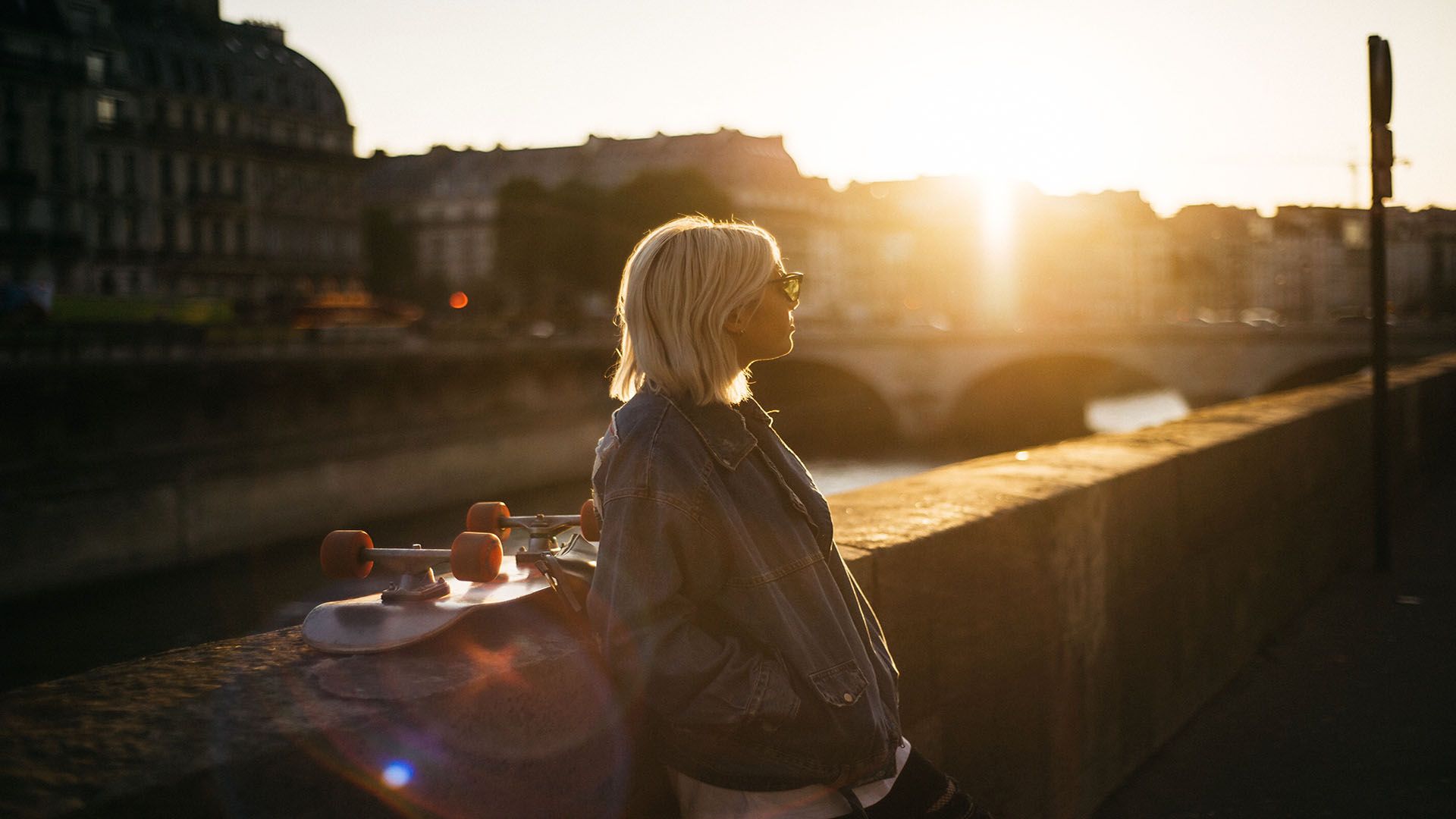 Each learners of French has different strengths and weaknesses. Some develop vocabulary rapidly, while others have a solid understanding of grammar. Some speak with ease, while others feel more comfortable writing. There are also difficulties that each learner of French comes across, and these vary as well. The following 5 items are difficulties that come up fairly frequently among students studying French, although this does not imply that every student will have difficulty with all five of these things. While having one or a few of these difficulties is quite common, there are ways to approach them, as I will go over.

The idea of assigning a gender to any noun, whether this be a child, a dog, a weather pattern, or a state of mind, confounds many learners, particularly those who speak languages that do not use gender to this extent. In addition to giving each noun a gender, adjectives, articles, subject pronouns, certain object pronouns and, at times, relative pronouns also have gender and need to agree with the nouns to which they refer. French has two genders, down one from the number in Latin, its parent language, which uses feminine, masculine, and neuter forms. The origins of using gender for nominal classification and agreement seem to be about as clear as Angelina Jolie and Brad Pitt’s divorce proceedings, but the generally agreed upon theory is that the use of gender was present in the Italic branch of Indo-European languages from which Latin developed and that this form of classification grew out of the animate and inanimate classification forms used in Proto-Indo-European.

For those who are already familiar with languages that use gender as a way to classify certain words, difficulties that are specific to the French language involve a weaker set of cues that indicate the gender of a particular noun. Compared to Spanish and Italian, which tend to use a endings for feminine nouns, French has a lot less to go by. Feminine French nouns include: chaise, dent, fenêtre, fleur, onde, orchidée, maison, and pitié, not to mention words such as amours, which is feminine in the plural form but masculine in the singular form. Learning the gender of each word can seem like a huge task to undertake.

Ways to Deal with French Gender:

Learn new words along with a singular indefinite article, une or un, since singular definite articles elide and plural articles look the same for feminine and masculine words. Remember nouns with adjectives that change form according to gender, e.g. joyeuse, joyeux rather than incroyable. Examples of such combinations include: belle musique, scènes émouvantes, grands sauts, danse joyeuse. It can also be useful to remember certain endings that are normally used for a particular gender, which I cover in another article.

Difficulties with French spelling are related to phonetic values that vary widely according to context, a good number of homophones, and letters that remain unpronounced. The endings -er and -ez, for example, represent the same sound as -é /e/, and I see these interchanged all the time – by native speakers, no less. One of the strangest aspects of the written language is the third person plural conjugation of verbs, whose -ent ending is sil-ent! (Get it? I just noticed that myself.) One interesting characteristic of French is that while the modern spoken form of the language has gone through quite a lot of phonetic changes since the Middle Ages, the spelling has not and largely reflects the pronunciation of Old French.

Ways to Deal with French Spelling:

Pay careful attention to what you are writing. Look carefully at endings that sound the same to make sure you are not writing down the first spelling of a sound that pops into your head. Remember that although each letter of a French word may not be pronounced, letters normally do have some kind of function, whether this means being part of a group of letters that represent a single phoneme or indicating that the preceding letter should be pronounced, as is the case with an e following a consonant. Remember that while you may not consider French spelling to be the most straightforward in the world, it is pretty consistent and once you become familiar with the sounds represented by the letters you read, you will be able to read a page of French text with 90% accuracy, even if it is filled with words you have never seen or heard before.

3- Irregular Comparatives and Superlatives in French

The comparative and superlative forms of bien and bonne, bon are irregular. Rather than adding a plus in front of one of these, we use mieux and meilleure, meilleur for comparatives and superlatives of superiority. Using bien and meilleure, meilleur along with plus sounds as bad as saying “gooder” in English. These irregular forms need to be memorized, but fortunately there are only these three. The other thing that confuses students is when to use mieux and when to use meilleure, meilleur. Remember that the former is an adverb and the latter is an adjective. An adverb may modify a verb, an adjective, or another adverb, while an adjective modifies a noun.

Have a few stock French phrases in mind to which you can refer. “Il parle mieux le français maintenant parce qu’il habite à Montréal” and “Elle croit que son dernier livre est meilleur que son livre précédent” are model sentences that can signal relationships of superiority, one describing an action, and one describing an object. Know whether you are describing an attribute, action, or quality, and you will know when to use which.

Partitives work in different ways, depending on what language you are speaking. In many European languages, they denote a part of a quantity that you normally wouldn’t count. French has partitive articles, de la, du, and des, that are often used in such instances, e.g., “du sel” and “de la crème”. They do tend to be taught with food vocabulary, since this is an indispensable component of talking about food, which involves many things you would not count, such as grains of salt. Students generally have a difficult time distinguishing the use of partitives from the use of definite and indefinite articles: la, le, les, une, un, des (a different des from the partitive des, yet similar).

There are guidelines for when to use different partitive articles, and it is useful to become familiar with these, but what a lot of language programs do not emphasize is that their use also depends on context. We use partitives for abstractions as well as for foodstuffs, and see them in phrases such as de l’amour, du courage, and des illusions. These could also be used with other types of articles, and you could say: “On a le courage de demander une augmentation de salaire”, “Avez-vous du courage ?” or “Courage !”. Uses of a definite article, a partitive article, and no article are each correct in a certain context.

Ways to Deal with French Partitives:

There is no magic trick for using partitive articles. Correct forms are reinforced with frequent exposure, use, and repetition. The more trouble you are having with partitives, the more you should work on them, which is true for any difficulty you’re having with a language. The nice part about working on partitives is that it could very well involve eating. Bon appétit !

There are a lot of tenses in French, meaning that a) there are a lot of conjugations to remember and b) you will need to sort out some of the tenses that overlap or that do not correspond to any way of signaling when something happened in languages that are familiar to you. Confusion over tenses shows up a lot in the passé composé vs. imparfait and a fair amount in the futur antérieur vs. futur simple. Difficulties overall have to do with perceptions of time that may not exist in a learner’s first language (e.g., continuous, repetitive past action vs. completed past action with a definite beginning and ending).

The passé composé and imparfait tenses seem to confuse learners the most, at least if they are not familiar with Romance languages. These two tenses occur simultaneously on a timeline, so you will have to figure out when to use what. As their uses do depend to a certain degree on context, they are less formulaic than some other aspects of French grammar (in function, if not form), which can be challenging for those who appreciate the extensive codification French grammar has undergone, making even the smallest minutiae of the language fall under some kind of logic.

Uses of the futur and futur antérieur tenses also seem to confuse students, perhaps because the perspective is from the future, and referring to a future action as something that has already been completed is philosophically a bit more difficult. These two tenses can be placed much more definitely on a timeline and are, in fact, often used together to create a chronology, which should help learners who are struggling to sort them out.

Ways to Deal with French Tenses:

For the passé composé / imparfait, learn what type of situation each is used for, e.g., “J’ai vu un film d’horreur la semaine dernière” vs. “J’avais peur de tous ces zombies”. Know the characteristics of these sentences – a past action with a clear time duration and a past action with an unspecified time duration – while also getting used to patterns in speech. Hearing a native French speaker repeat these kinds of sentences over and over again to describe seeing films will reinforce your own use of such sentences.

For the futur and futur antérieur, place the actions on a timeline and see what comes first. The action occurring first will be in the futur antérieur – it is anterior to the future, as the name suggests, and it is a composite tense. This stands in contrast to the simple tense of the futur.

As with any language, these difficulties can be overcome the more you are exposed to them, so do not shy away from them, no matter how frustrating they can be. Each language has some type of difficulty or pattern that seems to have developed just to make our lives more difficult, so it is important to keep some perspective. I personally get more frustrated with English spelling than with French spelling, since I find it to be much less consistent. The English sentence “Enough fighting, the ghost comes nigh!” is enough to make me pick up a French novel.