So you’ve been studying French for some time now and you’re proud of what you have accomplished so far — as you should be!

By now, you know some basic words and you can probably make phrases, but you feel like something is still lacking.

Your skills may still be a little rough on the edges and your pronunciation still isn’t as flawless. But don’t worry, there’s nothing a little practice and polishing can’t fix.

Why do you want to speak like a native?

Are you traveling to a French-speaking country?

Or maybe you moved to France and you’re trying to adapt?

You’re lucky because you’re in the right place.

In this article, you will discover simple yet effective tips to speak French like a native. The locals will never guess—not in a million years—that you’re foreign.

7 Proven Tips on How to Speak French Like a Native

If you want to sound like a native speaker, studying French vocabulary and grammar wouldn’t suffice, you must also learn how to pronounce the words properly.

The French alphabet is the same as English. The only difference is how the letters are pronounced.

For instance, the French “r” isn’t pronounced the same way as the English “r”. Not only do they sound different, but they also require different mouth muscles to be used.

Let’s take a look at how the French vowels are pronounced.

Now that we’ve got the French vowels out of the way, let’s see how the consonants are pronounced.

Learn How To Speak French With Native Tutors

The best way to learn how to speak French like a native is to have a native speaker as a tutor. There’s no other person who can teach you better than those who speak it as their first language.

Justlearn takes pride in its French tutors, all of whom have undergone a thorough vetting process to ensure that they will be able to provide quality lessons and teach the language effectively.

You can choose your preferred teacher and pick a schedule that works for you depending on your tutor’s available hours.

Whatever language level you’re in, our tutors are perfectly capable and equipped to provide a customized lessons and teaching approach based on your needs and wishes.

With the help of Justlearn’s French tutors, you’ll be able to speak French like a native in no time.

Similar to how English speakers put “isn’t it” to the end of almost every sentence, speaking mannerisms are fairly common among French natives too. Here are some of their speaking habits you should develop if you want to sound authentic:

The strategic use of bah.

When French locals talk to each other, it is practically impossible to form a conversation without this versatile word coming up here and there.

This French bah is fairly difficult to translate, and what it conveys largely depends on the delivery and context. It can be used to demonstrate how surprised, skeptical, or incredulous you are. It can also be used as an equivalent to the English word “well”.

Now, let’s talk about how you can incorporate bah in sentences.

When answering an obvious question, you can say:

When someone says something unbelievable and you’re skeptical about it, you can say:

When you need a filler as you think about what you’re going to say next:

As you can see from the examples above, the French bah can be used in a wide range of sentences. While the sentences may look similar, the meaning of bah changes depending on the context, your tone of voice, and your facial expression.

While the French word quoi literally translates to the English word what, it can’t be used in any sentence to replace its English equivalent.

Most commonly, quoi is being used as a stand-alone word. When French locals say “Quoi?” or “Quoi?!”, it’s typically an informal way to express incomprehension or astonishment — like “What?” or “What?!”

Obviously, the use of quoi on its own is considered informal so you should use it sparingly. Instead of reacting to a statement you didn’t hear or understand with “Quoi?”, you can opt for “Pardon?” (Excuse me? I beg your pardon?)

Here are some sentences that make use of the French word quoi:

Voilà is a quintessential French word that literally translates to “there is”. However, it is most commonly used as an equivalent to the English slang phrases “so, yeah” or “so, there you go”.

Here are some examples:

Generally, when you can’t think of anything else to say at the end of your sentence, you can never go wrong with voilà.

In response to a question to which you don’t know the answer, respond the French way by doing an exaggerated shrug accompanied by a raised eyebrow. And to sound like a true French, you can say, “baaah, je sais pas, moi!”, which translates to “Ah, I don’t know!”

There’s nothing like stuffing your speech with filler words and interjections that make you sound legitimately French. It also helps make your sentences sound more natural and spontaneous.

Here are the most common filler words you should keep in mind:

Alors – This is the equivalent of the English filler “so”. It can be used either in a positive or negative way.

Tu vois? – It works the same way as the English phrase “you know?”

Eh bien – This is the equivalent of the English filler “well…”

Voyons – It works the same way as “let me see…”

Hein? – The French “eh?” that is usually placed at the end of a sentence.

Bon – This can be used either as “OK” or “fine”, depending on the tone and context.

Now that we’ve talked about the French fillers, let’s take a look at some common French interjections:

When you hear French locals engage in a conversation, you’re probably surprised by how fast they speak. If you want to speak French like a true native, you must be able to speak as fast as French native speakers can!

Here are some of the best French tongue twisters to practice speaking fast:

“Un chasseur sachant chasser doit savoir chasser sans son chien.” (A hunter who can hunt should be able to hunt without his dog.)

Struggling with the French tongue twisters above? Don’t worry! Even the native French speakers struggle with it. That’s why it is important to keep practicing.

Let’s take a look at how a French native speaker pronounces the French tongue twisters listed above.

Check out the 15 French tongue twisters, and you will be able to speak as fast and pronounce words as flawlessly as a native French speaker.

Have Fun And Learn With French Films

Watching films in the language you’re studying is an effective way to master the language you’re learning, and an enjoyable one for sure! French movies also help you practice your listening and speaking skills, both of which are essential in everyday conversations.

Whatever French language level you are in, we have put together three of the best French movies that will help you learn French:

The title translates to “Kirikou and the Sorceress” in English. This is an adventure film that follows a newborn boy, Kirikou, on his journey to save his village from a wicked witch. Although this movie is primarily targeted for kids, it is still enjoyable for all ages.

This is a poetic film that tells the story of Amélie Poulain, a young woman who quietly helps people find joy in their lives while struggling with her own insecurities. Filmed in Montmartre, Paris, the film provides a glimpse into the modern French life and celebrates the nuances of human behavior.

This film is a classic historical comedy widely known in France. It tells the story of a British bomber crew after they’re shot down over France during World War II and shows how a group of French civilians helped three pilots to escape Paris. Not only this movie will make you laugh, but it will also show you the stereotyped characteristics of the French people.

If you have Netflix, check out the 10 French movies you should watch.

YouTube is indeed among the best online resources for free lessons when studying a language. There are a lot of YouTube videos that offer free French lessons, something you must take advantage of! 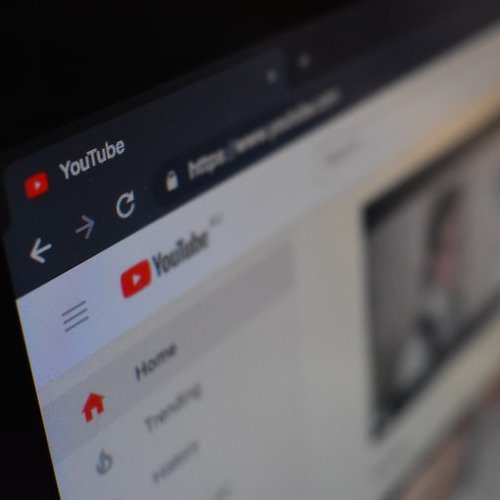 Here are some of the best French YouTube channels that you may find useful:

Being able to speak French like a native is more than just vocabulary and grammar.

Even if you are adept at putting together sentences and you can pronounce even the hardest words flawlessly, the locals will be able to tell that you’re foreign in an instant if you don’t know anything about their culture.

You don’t need to know everything about the French culture, just the fundamentals — basic etiquettes, values, traditions, customs, and what’s generally acceptable to talk about with the locals and what is deemed offensive.

If you do this, not only will you be able to speak French like a native, but the locals will surely love your company.

Listed below are the most important things you should know about their culture:

Catholicism is the primary religion in France.

According to a survey by the French Institute of Public Opinion (IFOP), 64 percent (approximately 41.6 million people) of the French population identified themselves as Roman Catholic.

The other religions observed in France include Islam, Buddhism, and Judaism.

However, religion is a sensitive topic for most people. So you might want to steer clear of this topic to avoid disagreements, but it is still useful to know just in case it comes up.

France takes pride in their dish and wine. French cuisine is particularly known for its heavy sauces and complex preparation.

An example of a traditional French dish is boeuf bourguignon, a stew made of beef braised in red wine, beef broth, and seasoned with garlic, onions, and mushrooms.

If you’re not used to alcohol, you better get a head start because drinking wine during dinner is considered a norm in France.

In addition, French are obsessed with bread. In fact, you will see bread in every meal of the day. Croissants are for breakfast, sandwiches made from baguettes for lunch, and rolls for dinner.

French fashion can be described in two words: minimalistic and luxurious.

They may only have a few pieces of clothing in their wardrobe, but it sure costs an arm and leg!

If you are interested in learning more, the ultimate guide to understanding French culture should be able to tell you everything you need to know.

At this point, you can probably speak French better than before. These tips have disclosed everything you should keep in mind when speaking French.

Also, don’t be afraid to participate in French conversations. If you keep on waiting to feel completely ready, it’ll never happen. So, go out and conquer your fears.

Who knows? You may even surprise yourself. You’ll never know how good you are in speaking French until you try.

Remember, the key is to speak with confidence. Even mispronunciations can be overlooked when you’re confident.

And don’t worry, even if you do make a little mistake, the locals won’t mind! In fact, you may even learn a lot from them!